For those who don't want to just lie on the beach

Cycling
Crete is a hilly place with loads of winding roads which should appeal to cyclists. there are a few cycling tour operators scattered around the island though it is by no means an important tourist activity.

Windsurfing
There is some windsurfing and kite surfing in Elafonisi and Falasarna which tend to be windy places but the East coast of Crete around Palaikastro is far more popular in summer for windsurfing because it is more consistently windy and this is were commercial operators congregate.

Sea kayaking
One well-established company operates from several locations on the island. Another company offers kayaking trips (as well as long distance swimming) in western Crete.

Water skiing - Jet skiing
Generally speaking you will only find water and jet ski facilities in some of the larger tourist resorts though there is one operator at Falasarna.

Scuba diving
There are a few companies offering scuba diving in Crete. A couple of those operate from Chania and one, Notos Mare, from Hora Sfakion.

Paragliding
Currently in the West of Crete some paragliding activities are offered at Falasarna and from a hill to the South of Chania.

Horse-riding
There are a few horse riding facilities  in Georgioupolis, Deres (in the hills south of Maleme)  and near Plakias.

Caving
As the island consists mainly of limestone it is a caver's paradise. As in climbing, there is no tourist infrastructure that would offer caving trips.

Ski touring and ski mountaineering
Crete can offer wonderful and pristine ski experience but as in climbing and caving there is no tourist infrastructure so it's more of a Do It Yourself activity.

Apart from museums and galleries it is hard to keep a regular update of events. Unfortunately, the sites that have taken on this task such as the web site of the Municipality of Chania don't seem to bother with updates any more so you will have to find out once you are in Crete by asking around.

The standard way to list things happening in Crete is still to post signs on walls (generally at very short notice) in the cities. Also if you read Greek you can see the Xaniotika Nea newspaper (for Chania).

Museums are the main repositories of culture in Crete and where most visitors head for when wanting a little bit of culture, if only because it is easier to find them than other cultural events and exhibitions.

Galleries there are a few galleries in Chania listed below

Cinemas in Chania. Films are always shown in original version with Greek subtitles (with the exception of children's films which are often dubbed)

Music: there are concerts, especially in the summer, but the main place to listen to Cretan music is at feast such as weddings, baptisms and village feasts.

Traditional Cretan entertainment is almost always related to weddings, baptisms or religious feasts and will involve eating, drinking, listening to traditional music and dancing for most of the night. You can also see tourist versions of these feasts provided by tour operators and which often go by the name of "Cretan night".

Another form of traditional entertainment is provided by watching people do their "volta" - literally the "turn". This consist of slowly walking up and down the main street (or other area where people congregate) to see and be seen. 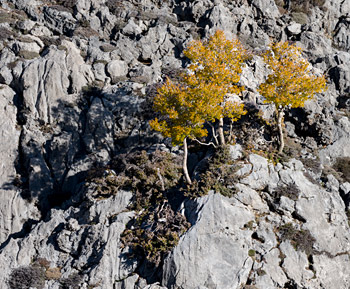